Guest Blog: "SLEEPING WITH THE TURKEY" by Jon Brody

This week I am featuring a guest blog by Jon Brody, Executive Director of Keiler Healthcare.
Enjoy!


SLEEPING WITH THE TURKEY

This week most of us will be sitting down to a turkey feast.  Many of us have heard that the L-tryptophan in the turkey is what makes us drowsy after the huge meal.  Well, as it turns out, turkey contains no more of the amino acid tryptophan than other kinds of poultry. In fact, turkey actually has slightly less tryptophan than chicken, according to a report on Web MD.  It’s more likely the huge calorie intake, maybe the wine or maybe just wanting to tune out a noisy and nosey relative that gets us napping.  We at Prognosis 2.0 think anything that gets us a bit more sleep is a really good thing, because insomnia is directly linked to depression, heart disease and other illnesses.
It’s too bad that turkey doesn’t work, because curing insomnia in people with depression could double their chance of a full recovery, scientists are reporting. This week The New York Times and ABC News reported the findings, which are based on an insomnia treatment that uses talk therapy rather than drugs. These results are the first to emerge from a series of closely watched studies focused on sleep and depression that will be released in the coming year.
Depression is the most common mental disorder, affecting some 18 million Americans in any given year, according to government figures. And more than half of those who are depressed also suffer from insomnia.
The cycle is tough to break. You lie in bed depressed and worrying.  The anxiety keeps you awake; you become even more tired and then more depressed.
The depression-insomnia connection is indisputable and confirmed by a new study, which is the first of four on sleep and depression. The other three studies are nearing completion, and all are financed by the National Institute of Mental Health. In these studies researchers are evaluating a type of talk therapy for insomnia that is cheap, relatively brief and usually effective, but not currently a part of standard treatment.  This treatment might actually find a way to reduce the amount of Prozac and other medications that are currently used to reduce depression.  If we combine both, then maybe we can dramatically improve sleep and reduce depression.
As reported in The New York Times, a team at Ryerson University in Toronto found that 87 percent of patients who resolved their insomnia in four, biweekly talk therapy sessions also saw their depression symptoms dissolve after eight weeks of treatment, either with an antidepressant drug or a placebo pill — almost twice the rate of those who could not shake their insomnia. Those numbers are in line with a previous pilot study of insomnia treatment at Stanford.
Full-blown insomnia is more serious than the sleep problems most people occasionally have. To qualify for a diagnosis, people must have endured at least a month of chronic sleep loss that has caused problems at work, at home or in important relationships. Several studies now suggest that developing insomnia doubles a person’s risk of later becoming depressed — the sleep problem preceding the mood disorder, rather than the other way around.
The therapy is called cognitive behavior therapy for insomnia, or CBT-I for short. The therapist teaches people to establish a regular wake-up time and stick to it; get out of bed during waking periods; avoid eating, reading, watching TV or similar activities in bed; and eliminate daytime napping.
As reported in The New York Times, the four larger trials are to be published in 2014.  In these studies, the participants keep sleep journals to track the effect of the CBT-I therapy, logging what time they go to bed every night, what time they started trying to fall asleep, how long it took, how many awakenings they had and what time they woke up.  I have been in a similar study, as I averaged 2-3 hours of sleep a night for 13 years.  Even Thanksgiving Turkey couldn’t get me to rest for more than a few hours.
So get some rest, enjoy the holiday and come back to work refreshed.  If you are feeling a bit depressed maybe a little CBT along with the turkey is just what the doctor ordered.
Posted by selfhelpsage at 4:53 PM No comments:

GOT GOALS? HOW TO STAY ON TRACK DURING THE HOLIDAYS

Many of my clients  struggle to meet long-term goals, often saying: "I should have had more willpower, I shouldn't have had that cookie/third beer/binge of Homeland".  I have never found the concept of "willpower" to be a helpful lens through which to support clients, so I was grateful to read the NY Times Sunday Review opinion piece: Your So Self-Controlling, by Maria Konnikova (11.18.13) because it sheds new, helpful light on human behavior and goals. 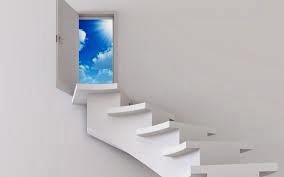 Konnikova cites research that attributes falling short of reaching goals not to a lack of willpower, but to a very rational (and I believe evolutionarily sound) response based on our often faulty perception of time. She uses some new and some famous old psychology studies to argue that the more uncertainty about time involved in waiting for a "reward" or attaining a goal, the more difficult it becomes to reach that goal. One study found that when we wait for a long time to meet a goal or get a reward, rather than believing we will meet our goal soon, we actually think we will have to wait longer! This thinking may have been life-saving for hunters in Paleolithic times when deciding whether to pursue a different wild animal for food, but in modern society it is often not helpful.

The article may be interesting to you if you are a research geeks like me, but in case you're not, I will net it out for you: in general, the more uncertainty involved in the length of time required to meet a goal, the worse we are at waiting for a reward or continuing to work towards that goal. That uncertainty of a reward makes waiting and goal setting difficult. It's not about willpower as much as it is about a complex combination of life experience, rational calculations, style of thinking, temperment,  and evolutionary biology.

Want to make the best use of this information? Be compassionate with yourself AND  get educated about realistic timing regarding your particular goal. Ask a wise friend, coach, nutritionist, therapist or personal trainer for examples of time frames that have successfully worked for others who are similar to you in age, personality, and lifestyle.

The least helpful approach is to get down on yourself by perceiving yourself as "weak" or lacking "willpower".  Be realistic. Trying to cut back your alcohol intake? Watching your diet? Be more patient with your kids?  Set your goals to maintain between Thanksgiving and New Year's. This approach is wise. Why? You will probably get upset with yourself if you don't make progress, which will make it more likely that you will give up altogether. However, you will be encouraged and continue to be motivated if you make gains.

Goal-setting 101
1. Make your goals specific
2. Make your goals challenging
and exciting, not excruciatingly difficult
3. Set long-term goals and break them down into short-term steps
4. Be realistic about time by doing research regarding your goal and time frames
5. Build in buffers for the unexpected- illness, family drama, work demands

Posted by selfhelpsage at 10:29 AM No comments: